Welcome to the Nappy Zone

Nappy Science Gang is a citizen science project run by cloth nappy users who want to find scientific answers to questions about cloth nappies. It is funded by the Wellcome Trust.

What do you mean, ‘Citizen Science project’?

Citizen science loosely means that non-scientists are involved in ‘doing some science’. Usually this means that volunteers help collect data, or interpret it (e.g. The Big Garden Birdwatch, Galaxy Zoo, or fold.it), in experiments that professional scientists have chosen and designed. These projects are great, as far as they go, but it’s still scientists in the driving seat and members of the public are just helping them achieve their goals.

Nappy Science Gang goes a step further. Volunteers come up with the questions they want to answer, they work out how they might answer those questions and design their own experiments. And then they do the experiments. All of those stages are part of doing science.

Our volunteers will get advice from professional scientists, and some tests will have to be done in a lab, but it’s the volunteers setting the agenda and choosing what questions they want to answer.

What kind of questions are you going to answer?

We don’t know yet. Isn’t that exciting?

The group of volunteers are going to research and discuss the questions they are interested in. They’ll work out what is feasible, and also think about what they most want to know. And then they’ll pick the questions to focus on.

Suggested questions so far include:-

As you can see, it’s a really varied list of questions, involving lots of different areas of science.

What do you mean cloth nappies?

I’ve been surprised while developing this project, how many people I spoke to had never heard of reusable nappies. So I thought I’d better explain. Reusable nappies are nappies made from fabric, which you wash and use again instead of throwing away after one use. Think cotton handkerchief instead of tissues. People often just call them cloth nappies, because it’s less of a mouthful.

There are hundreds of cloth nappies on the market these days, and many of them are highly technical, and not at all like the terry towelling squares your mum or gran may remember. (Although some people still use terries and swear by them).

Modern reusable nappies may be made from hemp or bamboo fabrics, microfibre, cotton, or a combination of the above. Many will have a built-in waterproof layer of polyurethane laminate (PUL). British-based manufacturers of reusable nappies include:-

This project is the brainchild of Sophia Collins, an award-winning public engagement specialist. She developed I’m a Scientist, Get me out of Here! (a highly successful project bringing together scientists and school students) and ran it for many years. In 2013 she had a baby and began using reusable nappies on her son. She was frustrated by the lack of clear, evidence-based information about reusables, so she had the idea of Nappy Science Gang.

The volunteers are more than 700 parents (overwhelmingly mums, it must be said – but feel free to get involved dads, we don’t bite) who use reusable nappies on their children, and have questions they’d like to answer with science. They range from people with one science GCSE, to research scientists with PhDs in various areas. They are united by an interest in what we find out and a willingness to learn and experiment. The volunteers are all a member of the Nappy Science Gang facebook group, and were recruited from various other facebook groups related to reusable nappies.

Our project co-ordinators are Laura Hobbs and Greta Santagata (Rowan Martin has previously contributed to the project as a co-ordinator).

Our science advisors include Patrick Phillips, Rob Aldridge and Suzi Gage. Our external evaluator for the project is Karen Bultitude.

We are funded by the Wellcome Trust and The Royal Society of Chemistry. 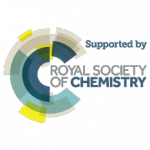